Hadn't the idea to copy anything in mind (never played a game with one). Orbital strike to hit the leader sounded like a good extreme evolution of the Assassin.
What do you dislike with a ion cannon ?

edit: alright I confess I was influenced by the "Hyper-disintegrator cannon" from the Redline anime ^^
Last edited by Queadah on Fri Jul 08, 2016 7:39 am, edited 1 time in total.
Top

Oh i m drooling for the implementation of those triple stake ups.

Why do you call the sattelite based super villain weapon system "Ion Cannon"? And whose is this "Ion" that stole the secret plan?

Lets fire the super secret electromagnetic eye on him.
Top

Anyway I would think up something more original for the stack 3 Assassins than an orbital strike.
how about MIRV nuclear warhead (3 warhead instead 1)?
Science WINS again!!!
Then they opened a portal to another dimension and kidnapping the locals.
The pissed locals are head enough and strike back.
and then... ALL HELL BREAKS LOOSE

Cybruiser57Péter wrote:Anyway I would think up something more original for the stack 3 Assassins than an orbital strike.
how about MIRV nuclear warhead (3 warhead instead 1)?

Nuclear warhead is already Assassin lvl2 in my mockup

Just adding a warhead (good luck animating 2 nuclear clouds at once) sounds a bit lame to me (already the mechanism of the scorpion).
Assassin lvl2 would already mean GRIP cars can survive 1 atomic blast (with, say, 35% damage in dest. mode)... which is AWESOME !

Orbital strike is the only thing I can think of that truly stands out.
It can look massive on a planetary scale (ref. previous page), which could justify a one shot kill (ref. previous page).
Also, it could be a good excuse to fry all the mines on a track for instance (and empty racers' pickup slots why not - or just clears any lvl Assassin slots so we don't get nuclear/orbital strike every second).
Top

Anyway I would think up something more original for the stack 3 Assassins than an orbital strike.
how about MIRV nuclear warhead (3 warhead instead 1)?

I havent played c+c Renegade. The Ion Cannon looks pretty alright but a bit too close to the EMP.

I think more among the lines of the Satellite Orbital Laser (SOL) from Akira. So a warmup phase phase in which the "Laser" activates all mines along it path. It start as a big light circle with a column of light extending into the sky. In maybe 5-15 sec the circle gets smaller and the light more intense/dark (could even change the color from blue to red or purple). At the last moment the circle wouldnt change its size anymore dust and small rocks would be sucked up into the air -> after that the ground will be shaken be a punchy explosion. Maybe even leaving a mark on the ground.

In this way there would still be a chance to hide from the weapon and there would be a nice moment of "Oh sh*t here it comes."
The problem i see with this is that there are to many hiding spots in maps like transport.

These kinds of weapons are extremly over the top and in most cases unrealistic. But in an over the top arcade racer game like grip the rule of cool comes into affect, so f*ck realistic. ITS THE FUTURE !!! EDIT: If youre interested in the theory of real satellite based weapon systems this will be a nice read.
Top

Django wrote:I think more among the lines of the Satellite Orbital Laser (SOL) from Akira.

I enjoyed this excerpt from the article of your edit:

to blow the holy jesus out of your enemy

The whole color palette of GRIP could switch, full DBZ. 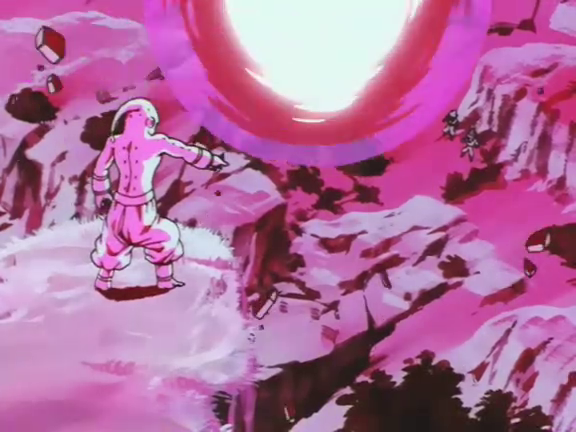 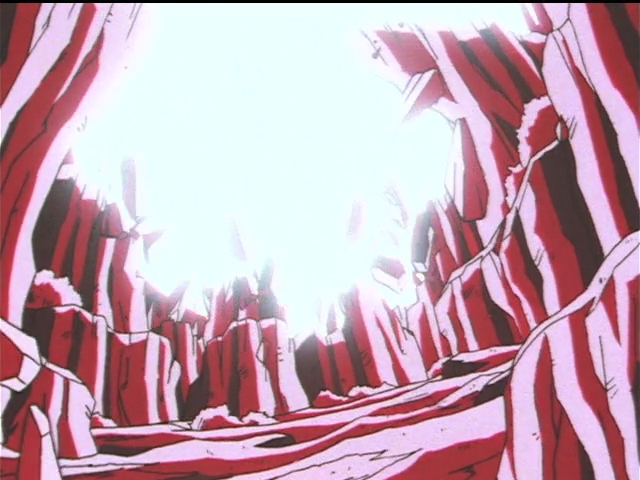 The "ion cannon" for 3 stacked Assassins sounds good to me. This would rarely happen as stacking assassins won't be easy, so it's ok for it to be an OP weapon.

Could create quite the terrifying spectacle
Game Director
GRIP
Top

<assh*le mode>... until stacking these becomes a thing too

<assh*le mode>... until stacking these becomes a thing too

One bigass raptor, which is faster & smarter than the normal one with bigger punch & explosion radius, or simply 2 raptors launched right after each other?
Top

One bigass raptor, which is faster & smarter 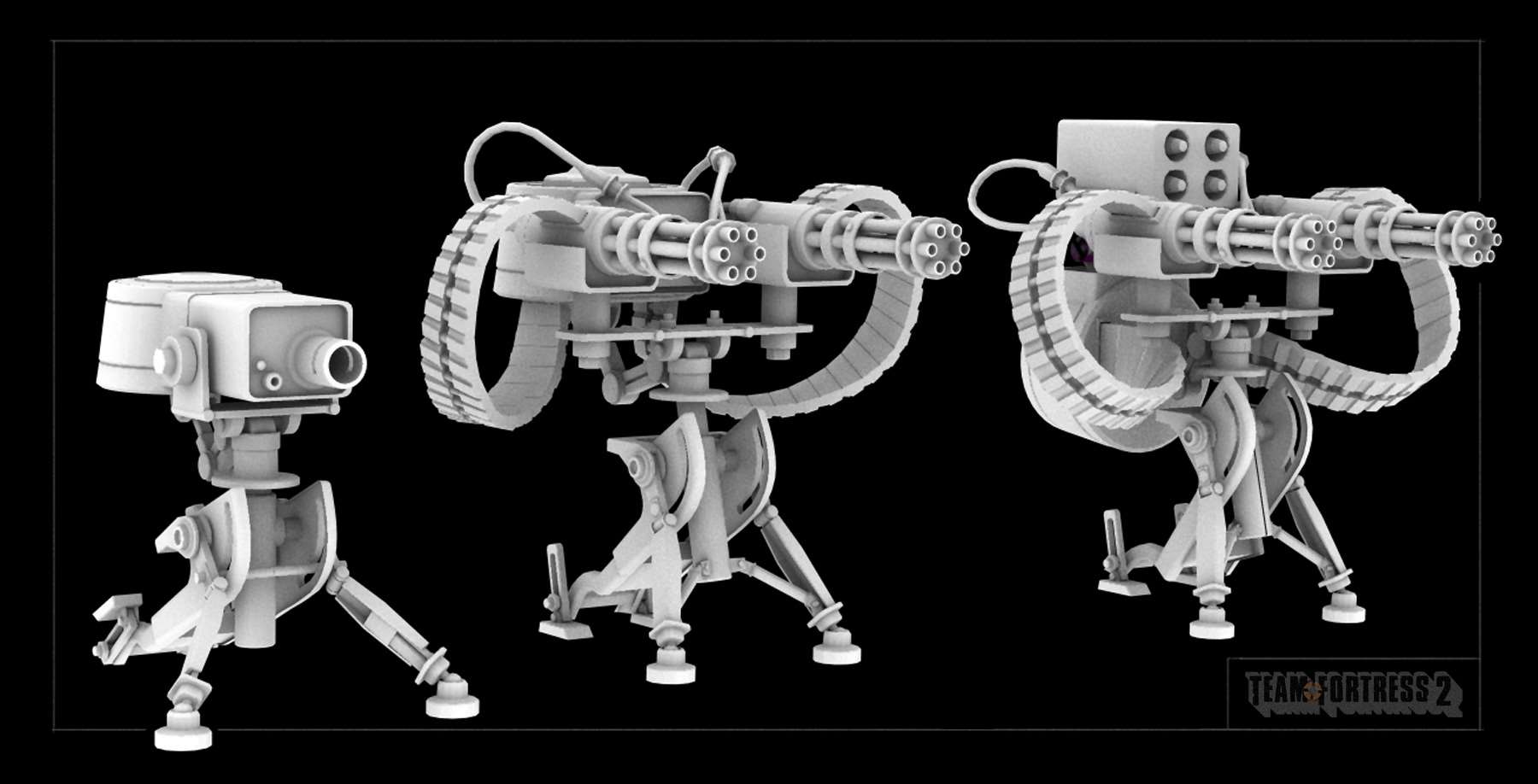 Or a penetrating type missile which goes through the first target blowing it away and following up to the next one exploding into it. But hell, i can't really imagine what rocket constitution would be able to do that.

One bigass raptor, which is faster & smarter

Because I'm even more boring than Broscar -> Rules of the GRIP forum
Check out the sign-ups for the Rollcage Neo-mode Tournament 2017, starting 15th April !

And with a rusty wrench
God created the french

Chris_CE wrote:We did intend to have upgradable pickups (discussed in the forum a few times), but potty makes a really good point, in that it really caters to the players in front.

Apart from the shield (which will be upgradeable to have both front and back) I think stacking would be good in Arena mode more than racing.

And we already have variants of the missile implemented internally for testing. Level 1 is 1 missile, 2 is 2 and 3 is 3. Like I said, this would work well in Arena more than race

Yeah, keeping things tight and balanced in races but really opening things up to more chaos in arena - I think this is what arena is missing really.
Top

My understanding is that we moved past these observations and that stacking could actually make an entrance in-race while perfectly keeping balance (e.g. lvl3 defense pickup countering lvl3 attack pickup)

I was re-reading Voo's thread at viewtopic.php?f=5&t=3734 and said to myself, there's plenty of good ideas to go around.
To pack most of the cool-est one, I had an idea:
This way you keep base weapons at a reasonable amount but allow for diversity when "leveling them up".
Top

Someone on the Steam discussions made a good point though that if we have stacking, players are less likely to fire weapons, which can make races more boring. He also mentioned 3 pickup slots in general though, which might work well with stacking
Game Director
GRIP
Top

I saw it. Your answer was on point though: you still want to fire asap if you're in a pack. Waiting longer can be a luxury...

I am still not sure about the stacking (having stronger versions of pickups). It will make balancing them much more difficult. You will easily have the problem that either the upgraded version is too weak so you will just use the normal one immediately, or it is too strong so there is no point in using its weaker form. Getting it perfect wont be easy.

It will also give the lone leaders more of an advantage, because they have an easier time stacking items while they are not fighting.

btw: Why would i want to stack an Assassin? When you get an Assassin you are usually in a place lower than 5th so you wont get an immediate advantage from it hitting somebody anyway.
Top

Hehe... if a lvl2 assassin is an atomic bomb (like I suggested the page before viewtopic.php?f=5&t=682#p14190), all the 3 or 4 leading players (depending on the blast radius) get pushed back. So there really is an interest for ya!

I'm really rooting and praying for the stacking. GRIP can really rock the table here

Return to “Weapons and Power-ups”