Talk about anything to do with the race courses here.
Post Reply
3 posts • Page 1 of 1

FIC (forward, anyway) is one of my favourite tracks in the game already. It flows well, has on the surface a lot of route variety, has good pickup opportunities and plenty of space to use them. However, it is quite heavily speed biased and has some missed opportunities while having a pretty specific 'best' route which detracts from the apparent level of choice. This post is aimed at making more routes viable while taking advantage of what I see as missed potential - especially around the multiple path area after the hairpin.

Firstly, the 'optimal' route through the open area as the map is currently: 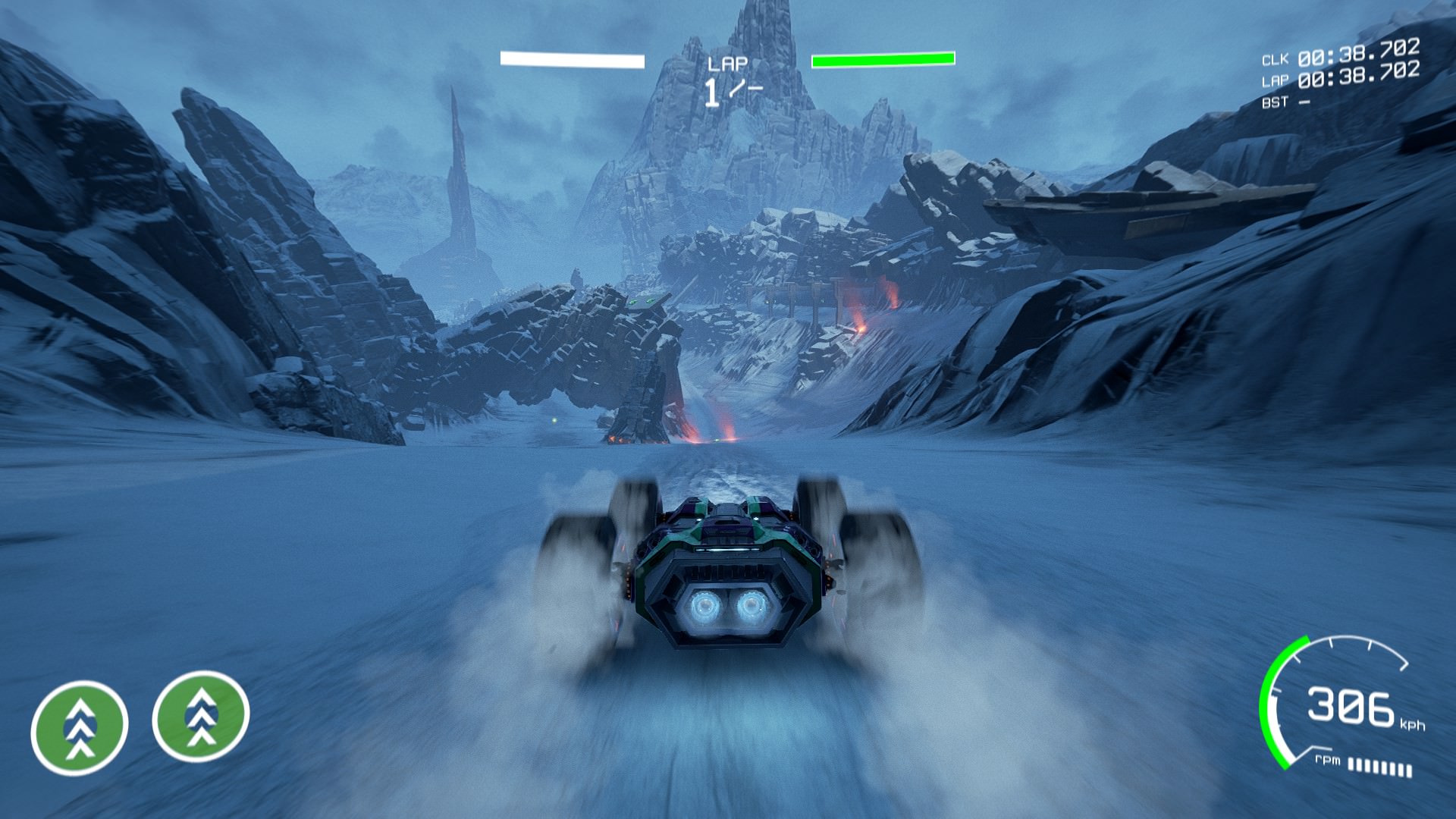 Take as many of the boost pads on the hairpin as you can, head down here and then go this way: 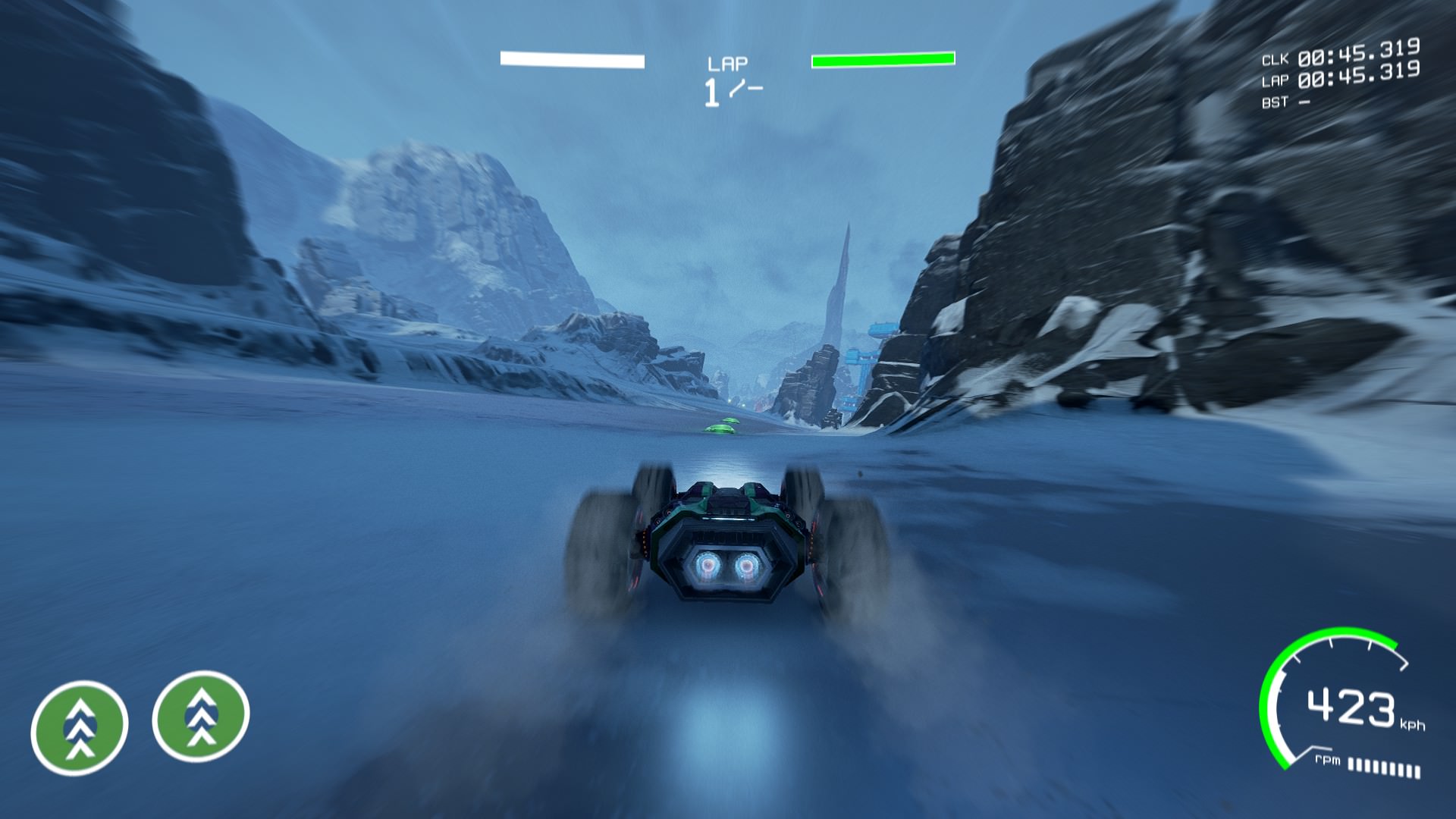 which gives you maximum speed through this section while also providing an opportunity at a pickup. It's the best path for both tanks and speedsters and provides a good baseline for the sort of pace that other routes need to match. 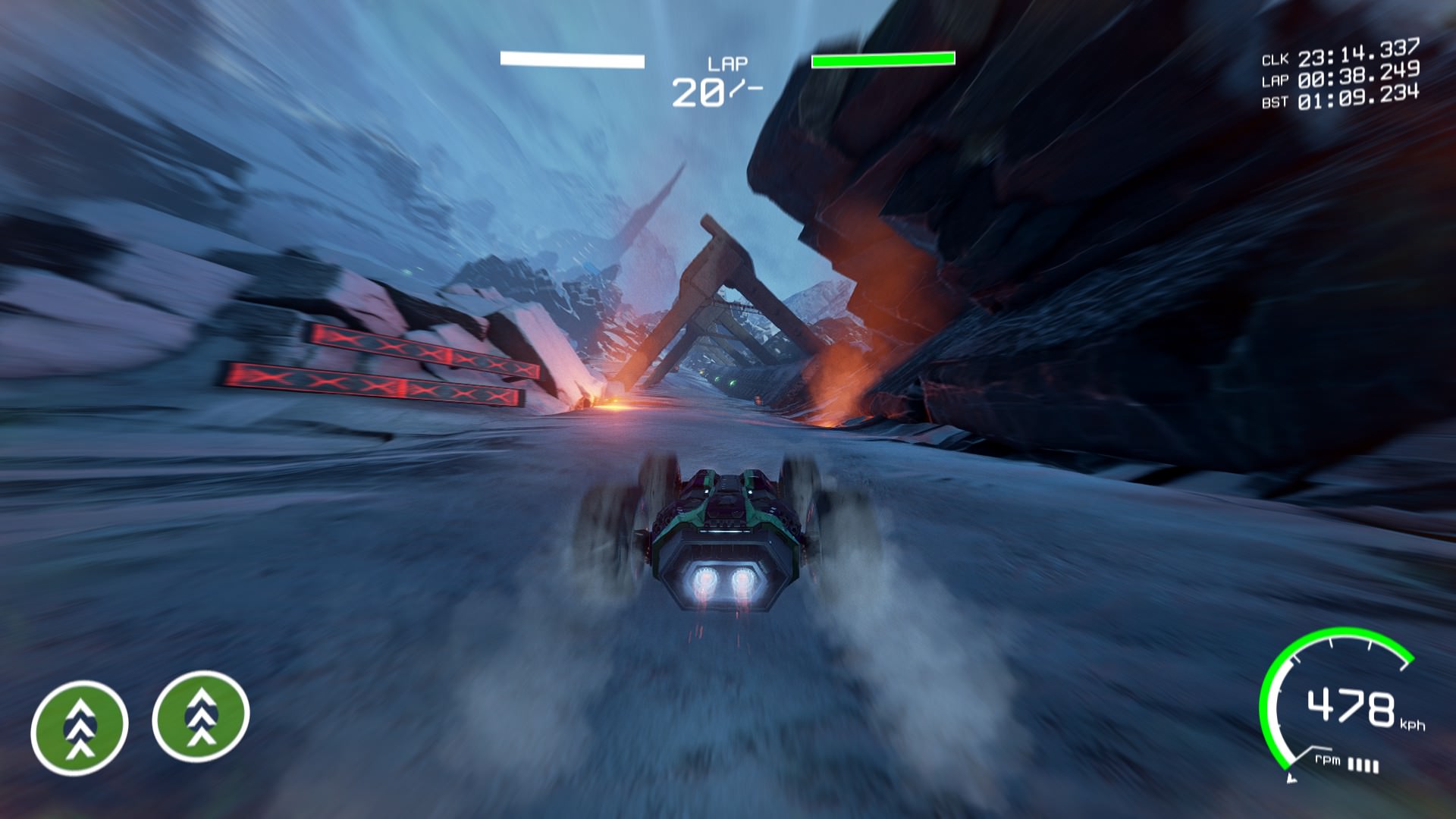 is by far the least viable of the lot. Even if you take that (incredibly risky) wallride, you'll still come out behind someone who took the optimal route. If you avoid the wallride, you can lose a couple of seconds to people who don't go this way. I suggest removing one of the boost pads from the wallride and placing it at the start of this section. This allows players to carry more comparable speeds along here to someone taking the optimal route.
Additionally, this ramp: 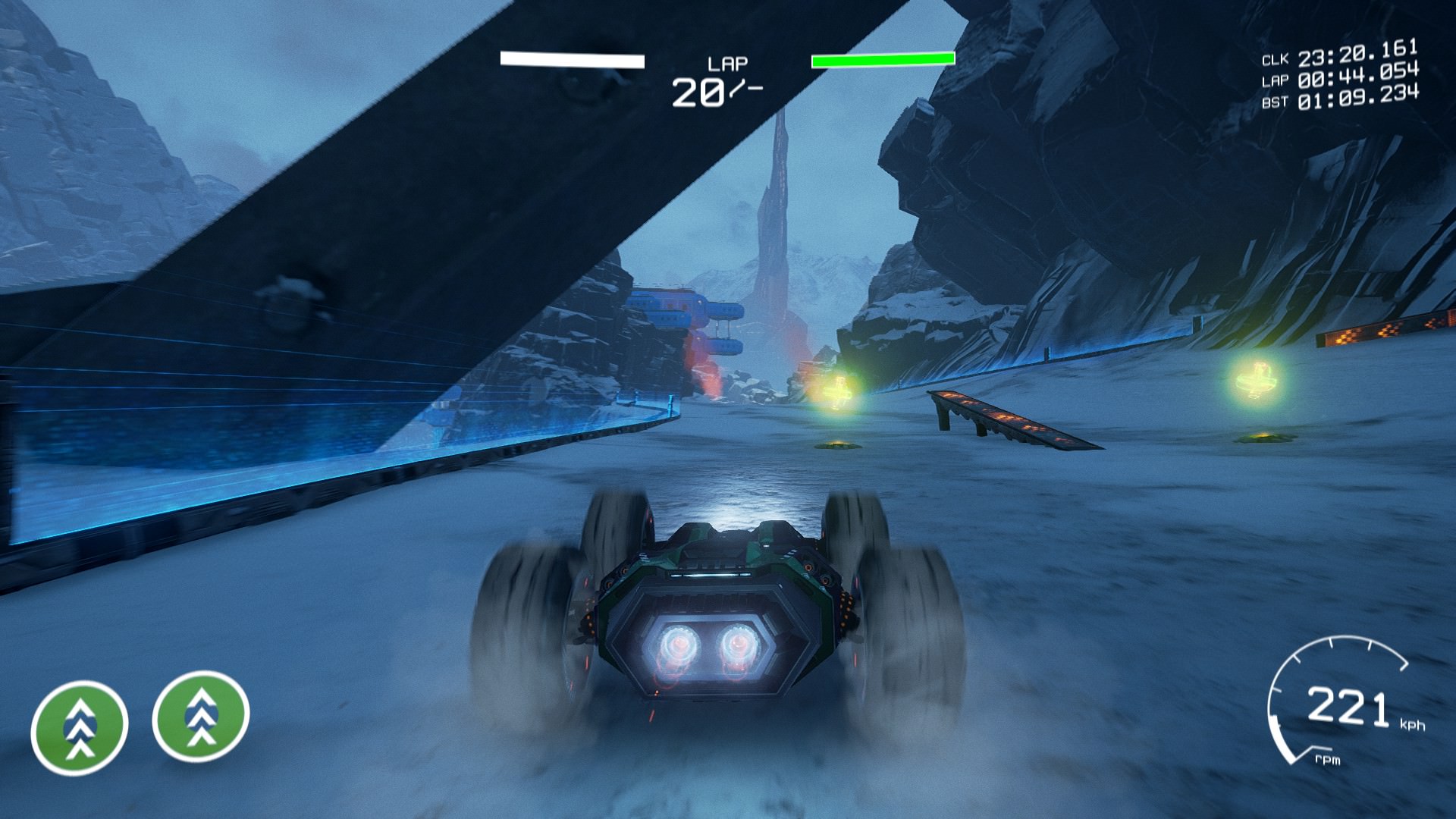 just serves to make an already treacherous, bumpy path even more unreliable. It's super out of place just plonked in the middle of the road, too. I think it might not even be over the top to replace it with a boost pad - this route is that slow. Alternatively, perhaps another set of pickups somewhere along here? This path is severely neglected by players and represents probably my biggest issue with FIC.

The far right route in the lower area is probably the next least-used. It's not overly slower than the optimal route so I don't think it needs boost pads, but it doesn't offer any real advantages. I suggest putting a pickup/set of pickups here: 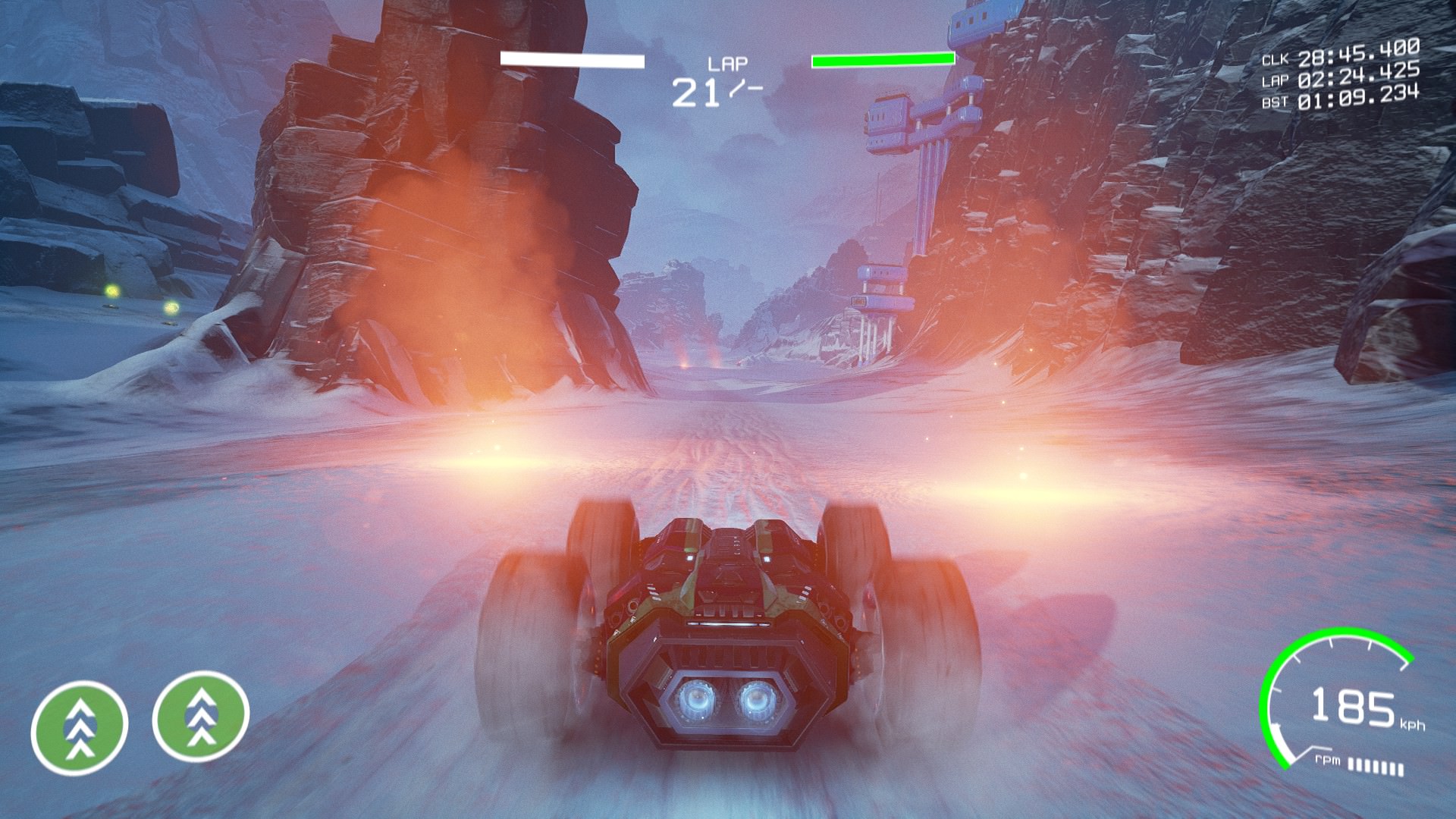 which will help to make this route more of an obvious choice as one to take when you WANT to be a bit slower than the competition so that you can shoot them.

Moving on from the outdoors section, there are a few problems with the tunnels at the end. A massive one is the 'ridge' in the middle of the road. It makes trying to manoeuvre anywhere near the middle of the tunnels extremely unpleasant as it bounces the cars around - this leads to the majority of players/cars being forced to just ride the outside of the tunnel, as it's nicely banked to help turning and speed retention. 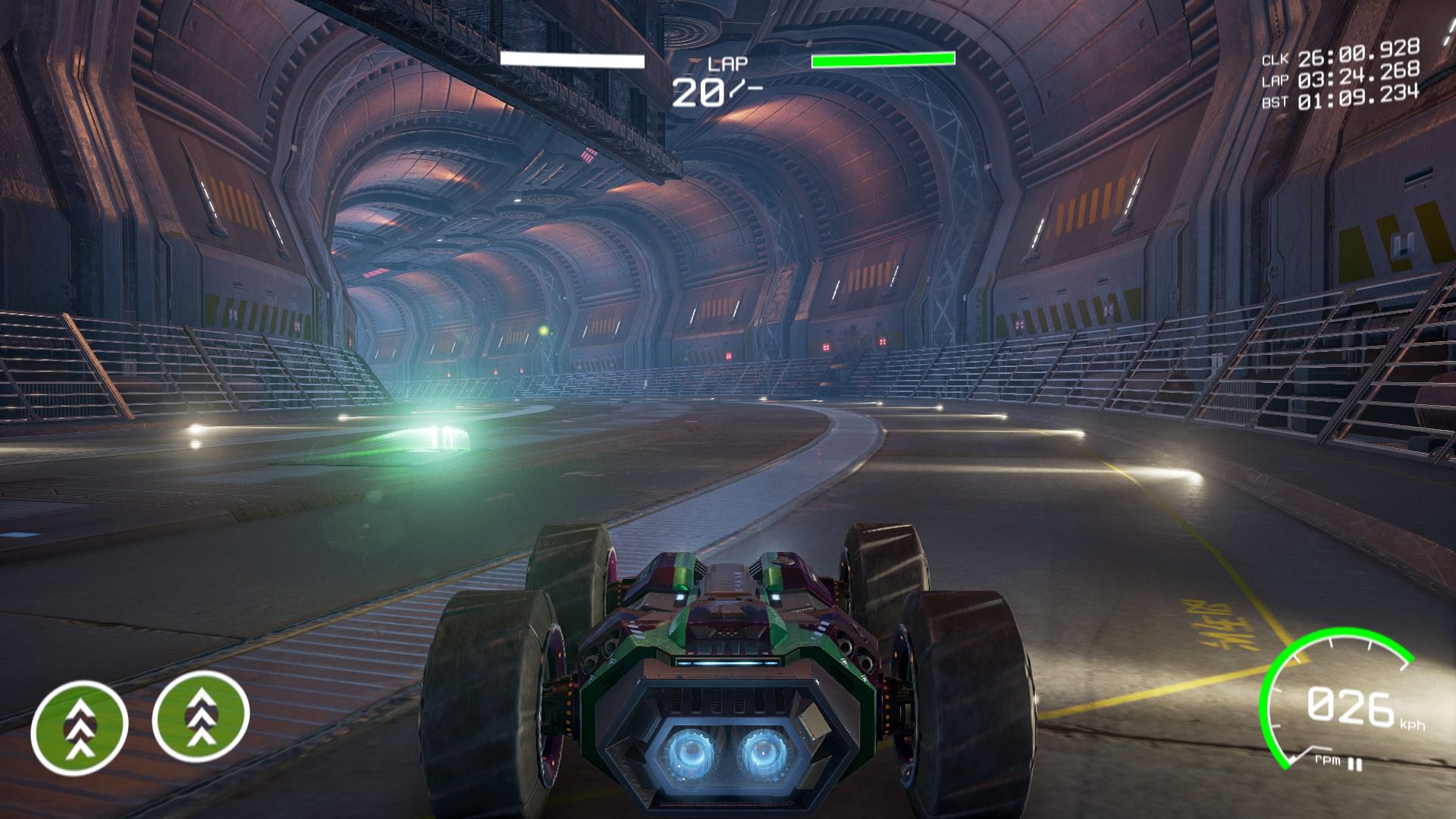 This screenshot taken inside the first tunnel both shows the little 'step' that makes it difficult to do anything inside the tunnels, as well as a boost pad that I think should be made stronger. This pad is only really feasible to take for speedsters but doesn't offer enough speed boost to be particularly worth taking over just riding the banking at the side of the tunnel to maintain speed. If it was stronger, it would encourage people to take more creative lines through the tunnels while benefiting speedsters, which are at a significant disadvantage in terms of pace on the track as a whole.

Finally, we have these enormous tunnels with nice curved sides but no reason to go up there. 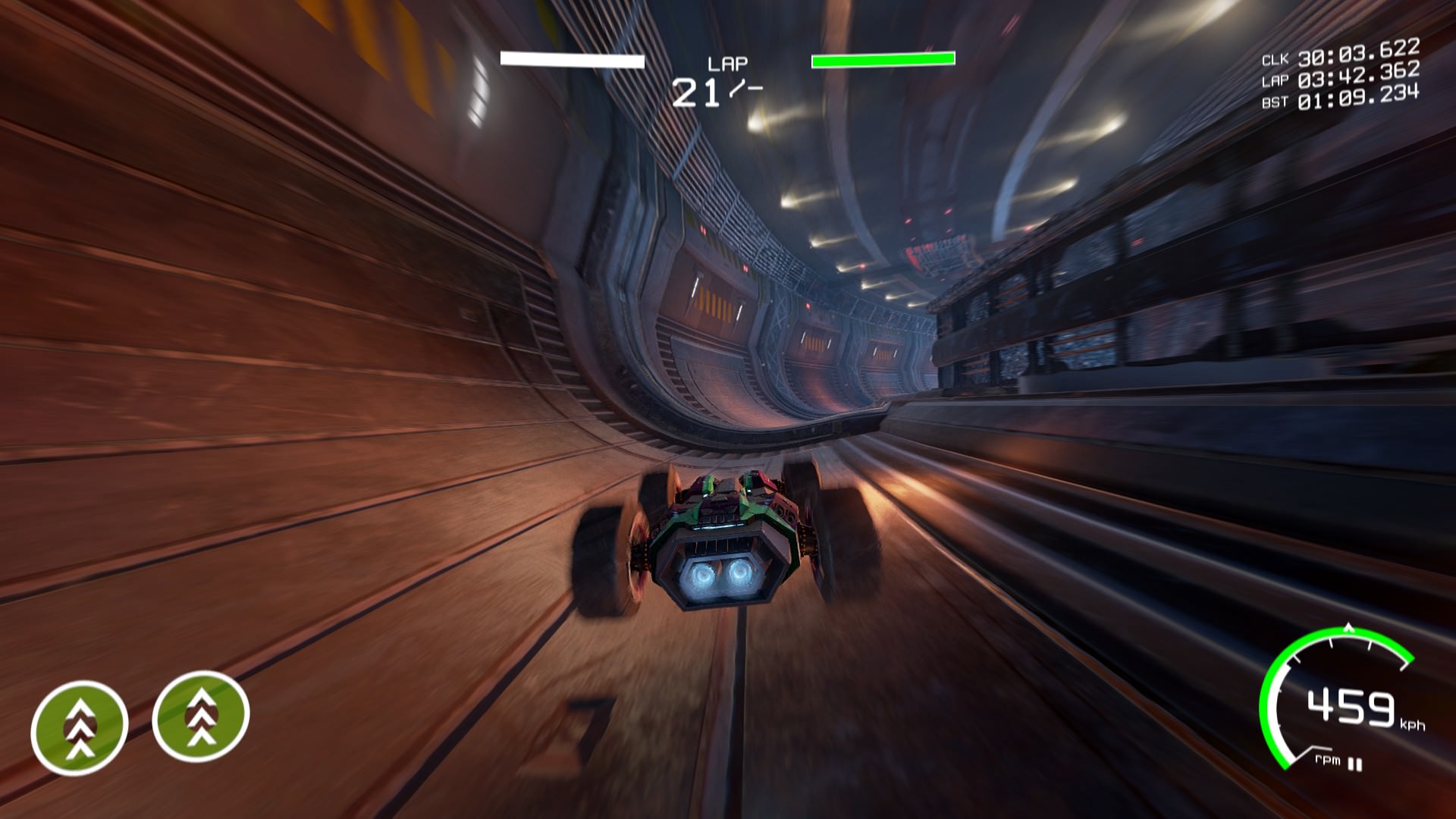 Why not a few pickups or boost pads on the roof/higher in the tunnels so that there IS a reason to go up there? I don't consider the new 'shortcut' - the little piece of sky track road inside the first tunnel - to be worth going up there for most of the time, as it's a large risk for relatively little reward. A trump card rather than a reliable option, and typically ignored by players.

Bear in mind that this is all aimed at specifically the forward version of FIC, FIC reverse has different - and IMO more pronounced - issues.
Top

I completely agree with all of the points listed above.

I'd also like to throw in a bit of feedback of my own. On the aforementioned route on the right-hand side of the track, there's an awesome-looking jump you can make if you leap off the cliffs to the left: 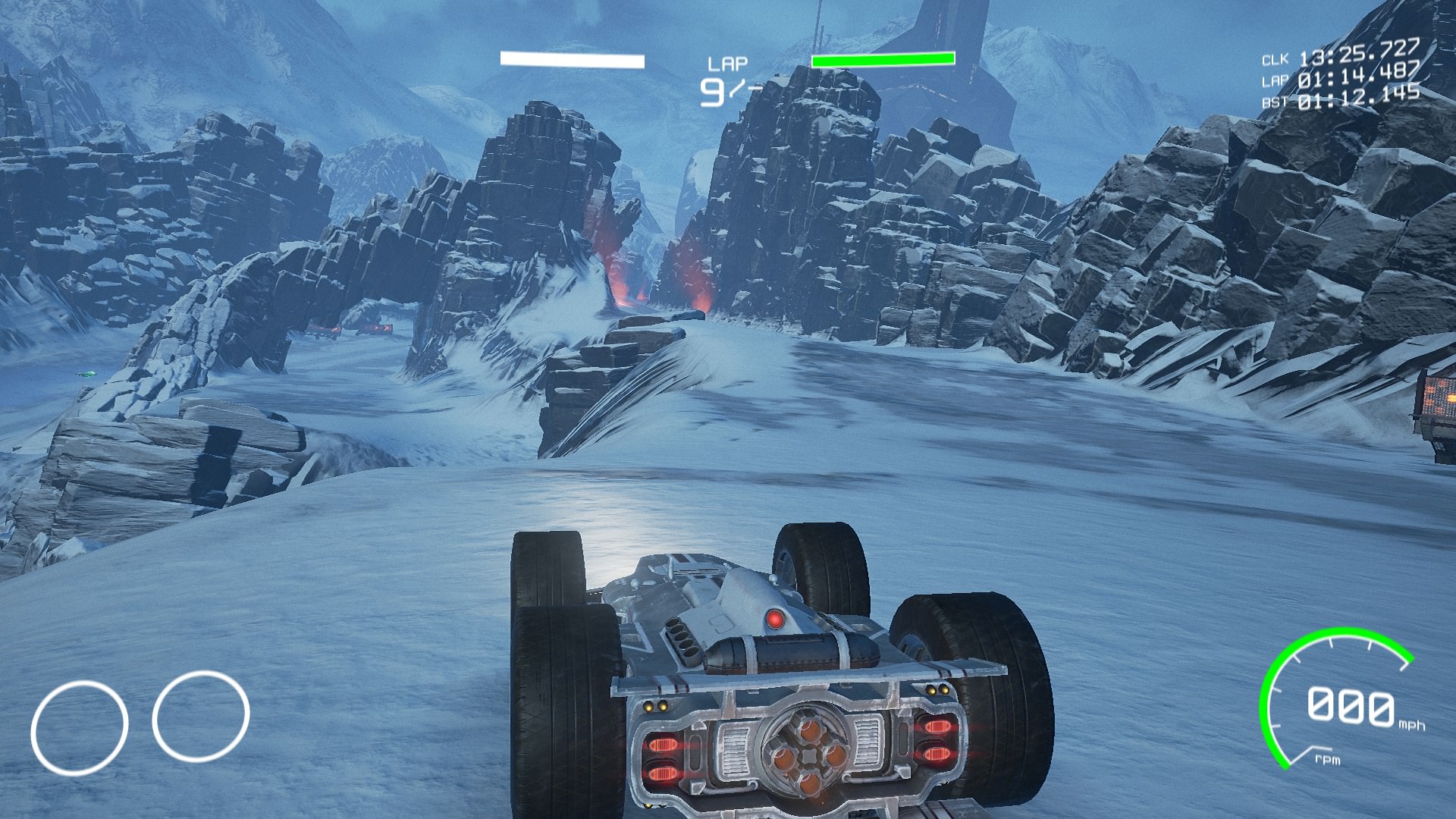 It's kind of sketchy, and you need to be pretty precise to pull it off cleanly, but it feels great when you nail it. Only issue is, it's pretty much completely pointless to take. It's bad enough that you have to use the slower route to even access it, but what makes it even worse is that you don't have anything to gain by landing that risky jump in the first place.

I'd suggest adding speed pads and/or item pads on the route, like so:

It's not a perfect solution, and it might not even help, but it's the best one I can think of that doesn't require redoing that entire track section. It's just a shame to see such a cool track element like that go to waste.
Top

Let me see what I can do